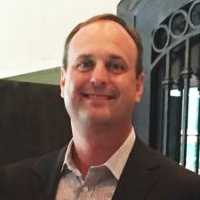 Coach David Long has been coaching high school basketball for 20 years.  Coach Long spent ten years at Lexington High School as the Girls Varsity Basketball Coach.  During his time there his teams qualified for the playoffs eight times, won the region in 2005, finished runner up four other years, and won 156 games in 10 seasons.  Coach Long was Region Coach of the Year four times, selected as a North Team All-Star Coach in 2008, and left Lexington High in 2012 as the winningest Girls Basketball Coach in school history with 156 wins to 84 losses.  Since 2012, Coach Long has coached two years at Wando High School in Mt Pleasant, SC and most recently led the Girls Basketball program at Northside Christian Academy.

Coach Long is from Lexington, SC and graduated Lexington High School in 1990 lettering in basketball and baseball.  Coach Long continued his education at Presbyterian College and obtained a Master’s in Education from the University of South Carolina in 1996.  Currently Coach Long resides in Lexington with his son Walker who is nine and works full time as a Program Director at the South Carolina State Department of Education.   Coach Long and his son are active members at Mt Horeb United Methodist Church.

No Events This Week

Events are added by athletic staff.
View All Events