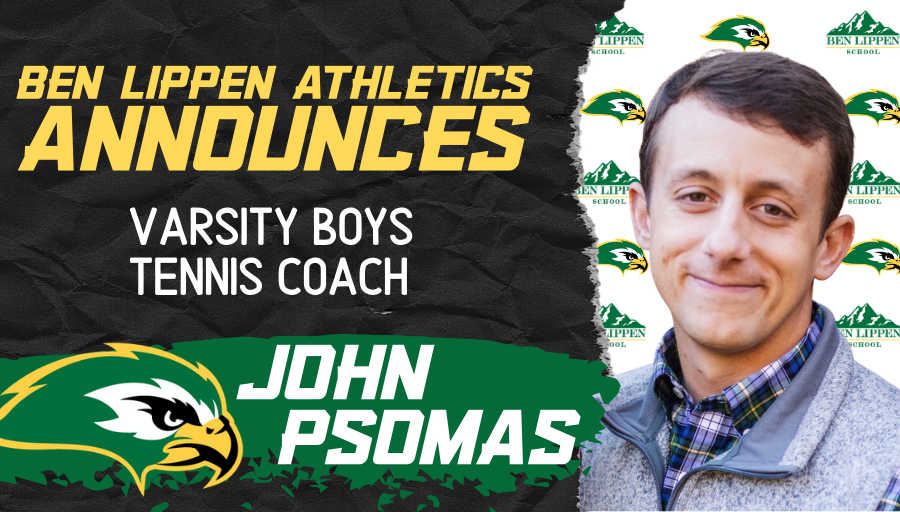 Coach John Psomas has been named the Varsity Boys Tennis Coach. Coach Psomas grew up in Greenwood, SC, where he began playing tennis at a young age. He played competitively through middle and high school in which his team won four regions and one state title. John has continued to enjoy the game since high school and is excited about the opportunity to coach the varsity tennis team.

Coach Psomas graduated from The Citadel in 2013 with a BS in Business  Administration. He went on to be a staff member of the college ministry Campus Outreach at The Citadel for six years. After that, he was a Youth Director at Christ Church Presbyterian in Augusta, GA, for two years until he and his family moved to Columbia in January.

He has been married for three years to Anna Crew who is Midwife and Women’s Health Nurse Practitioner. Coach Psomas and his wife adore their daughter Nellie who just turned one year old. As a family, they enjoy spending as much time as possible outside enjoying all of God’s creation.

Overall, he is very thankful to stay working in a Christian environment as he will be substituting for Ben Lippen as well. He looks forward to this new season of glorifying God through teaching and coaching at Ben Lippen.