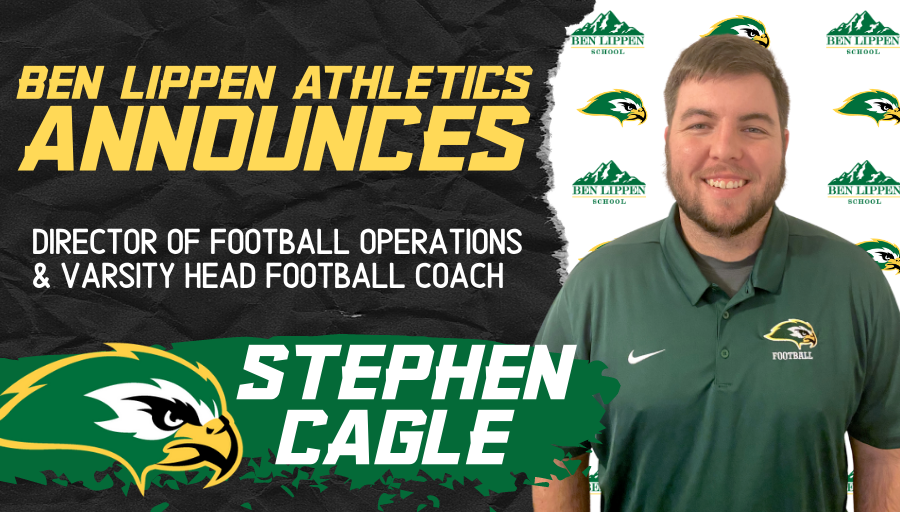 Ben Lippen Athletics is thrilled to announce the appointment of Coach Stephen Cagle as our new Football Program Director and Head Varsity Football Coach. Coach Cagle brings with him a wealth of football knowledge and experience, along with a passion for connecting with student-athletes and helping them grow as both football players as well as young men.

As the son of Coach Mark Cagle, who is well-known in Midlands football circles having been the head coach at White Knoll and the defensive coordinator for Lexington, AC Flora and now Gilbert, Stephen grew up in and around football his entire life. He was literally breaking down game film at the age of 13 with his father. Learning the intricacies of football with his dad helped prepare him for his own impressive football career.

Coach Cagle played for 5 years for the Charleston Southern Buccaneers under Coach Jamey Chadwell (current head coach at Coastal Carolina). While playing for Coach Chadwell, he learned and played under the Chadwell offensive system that has been proven highly successful. Coach Cagle was a quarterback for the Bucs before being moved to tight end to finish his career. The Bucs were 40-16 during Coach Cagle’s time there. While attending Charleston Southern, he earned his bachelor’s degree in physical education and a master’s degree in education.

Coach Cagle will be entering his first season with the Falcons after spending 4 years at White Knoll as the Quarterbacks, Offensive Coordinator, and Assistant Head Coach. Both individual, as well as team records, were set during his time at White Knoll. They set the record for points per game in 2019 with 37 ppg. Coach Cagle also led an offense with a quarterback that set White Knoll’s all-time passing record, and a wide receiver that set the TD reception record. 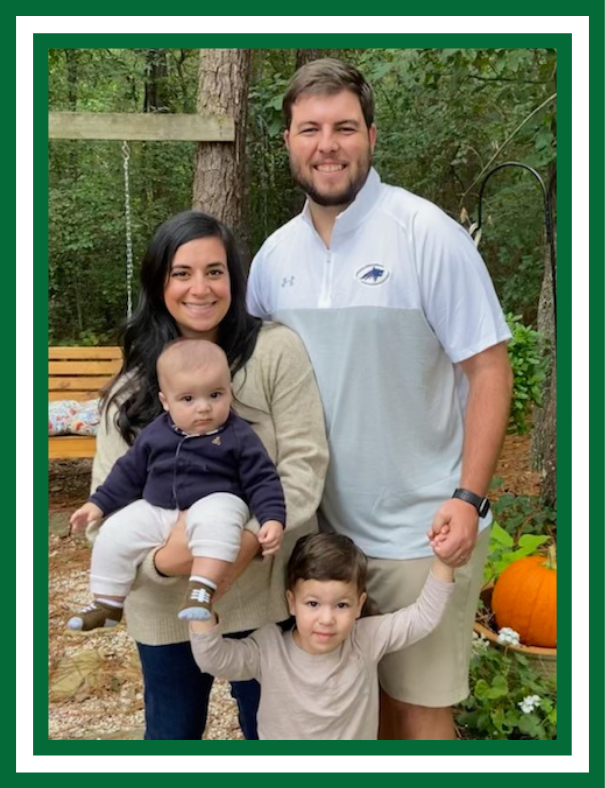 While in Charleston, Coach Cagle met and married Alisha Best. They have been married for 5 years and have 2 sons, Luke, 3 and Brady, 1 along with a baby daughter on the way.

About his new position, Coach Cagle stated, “My family and I are so excited to be joining the Ben Lippen family! We cannot wait to establish a consistent championship culture that honors Jesus Christ.”

“We are extremely excited to have Stephen Cagle take over as our Football Program Director,” said Shannon Glenn, Ben Lippen’s Athletic Director. “His knowledge of the game, passion for kids, love for Christ and commitment to excellence make him the perfect addition to our Athletic Department. He is the brightest young football coach in the state, and the sky is the limit for him and our program.”

We are so excited to welcome Coach Cagle, Alisha, Luke, and Brady to the Falcon family!

No Events This Week

Events are added by athletic staff.
View All Events